WHERE CHILDREN LEARN TO LOVE AND LOVE TO LEARN 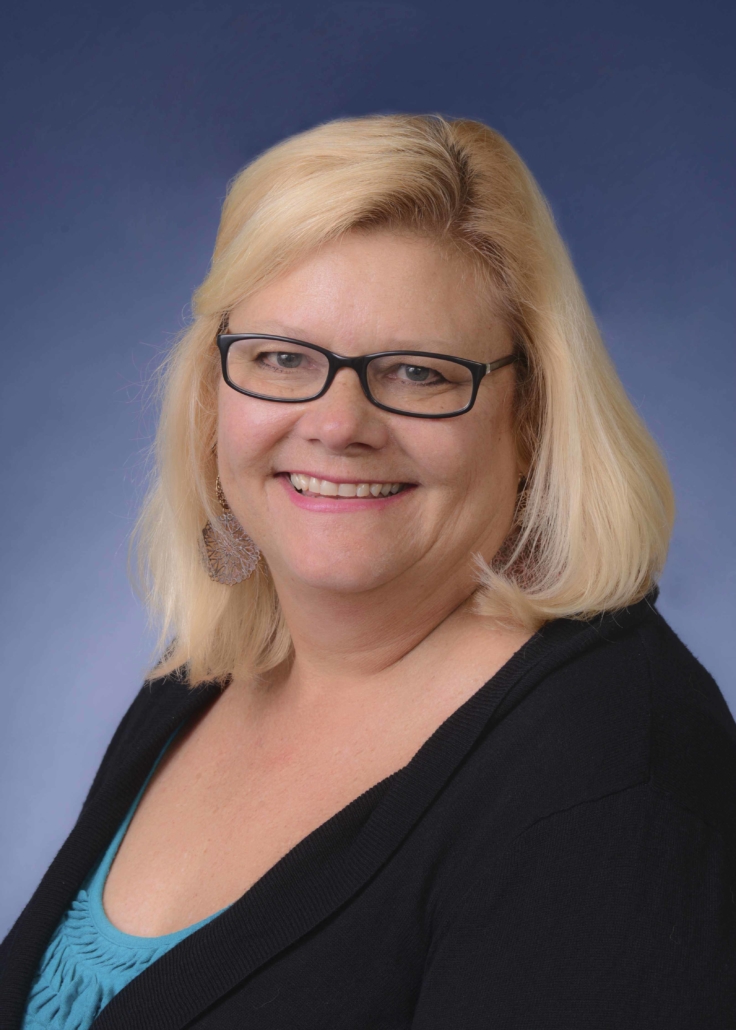 Tracey Reinhart is the Head of School and has been with MES since 2001.

She attended Texas Tech University where she studied Economics and International Trade and before discovering the amazing philosophy of Montessori, Tracey worked in the Human Resources and Training field earning her Professional in Human Resources Certification.

She began her career at MES as an office assistant, librarian and assistant teacher. In 2003, she received her Montessori Certification and became a Lead Teacher, working in these classrooms for 15 years.

Tracey has been married since 1991 and has two MES alumni children.

When I discovered MES, I was dazzled. The passion the staff shows for teaching, their longevity, the caring and nurturing environment, the skills and independence that the students demonstrated, all were exactly what I wanted for my own children. I simply fell in love and wanted to be a part of it. It was the best decision I ever made for my children’s education and the best decision I ever made for myself. I love coming to work every day and seeing joy all around me. Who else gets to do that!?

As Douglas Adams said, “I may not have gone where I intended to go, but I think I have ended up where I needed to be.” 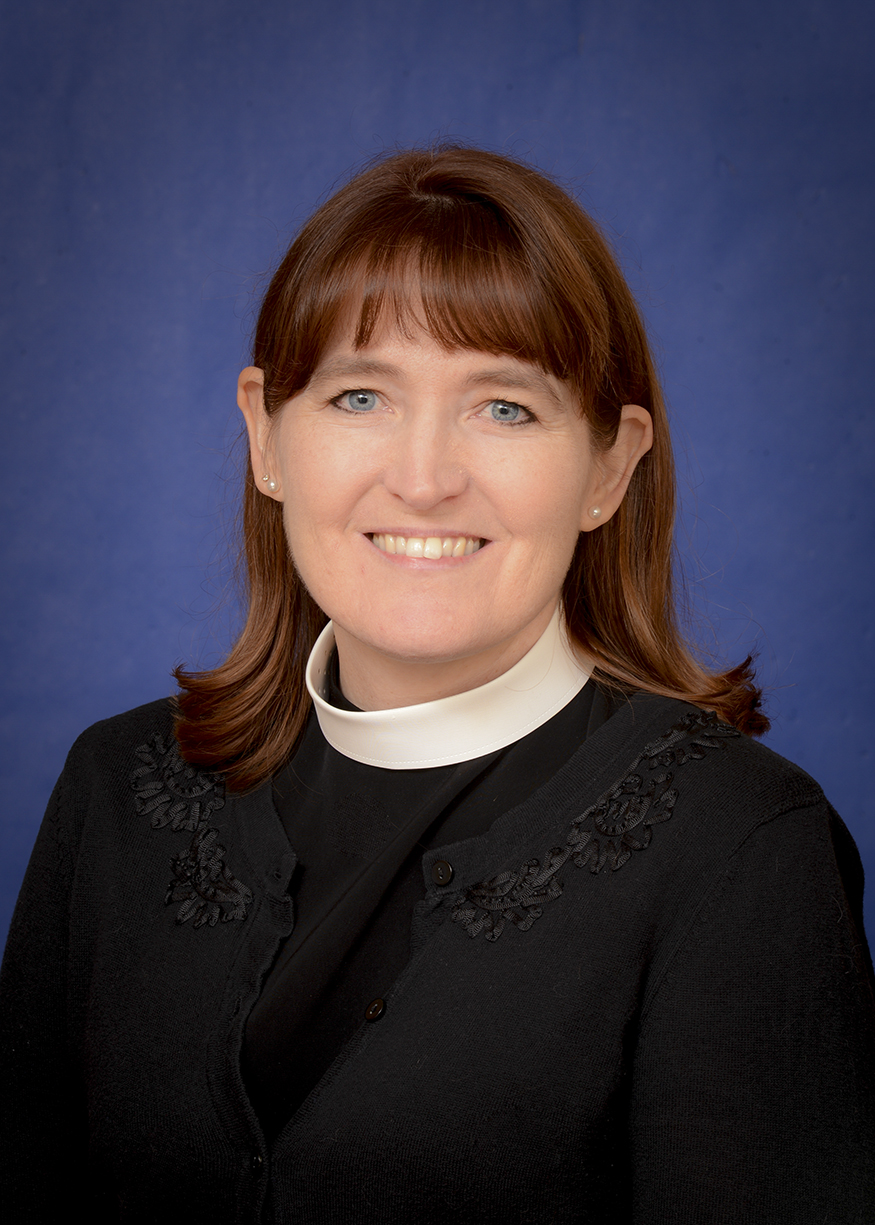 Rector, Episcopal Church of the Annunciation

Rector, Episcopal Church of the Annunciation

Mother Catherine grew up in the Dallas area. She earned a Master of Divinity degree from Virginia Theological Seminary in 2000. Prior to being called to serve as Rector of Annunciation in 2014, Mtr. Catherine served at St. Anne Episcopal Church in DeSoto, Texas, at St. Philip’s Episcopal Church in Frisco, Texas, and at Trinity Episcopal Church in Natchitoches, Louisiana. Mtr. Catherine has served in numerous roles in the community, at the diocesan level, and for the national church. She is married and has two children.  She is passionate about building  relationships with Jesus Christ and with each other; enjoys spending time with the wonderful students, teachers and staff of MES; and appreciates the Montessori philosophy of finding joy and wonder in the every day circumstances of life. 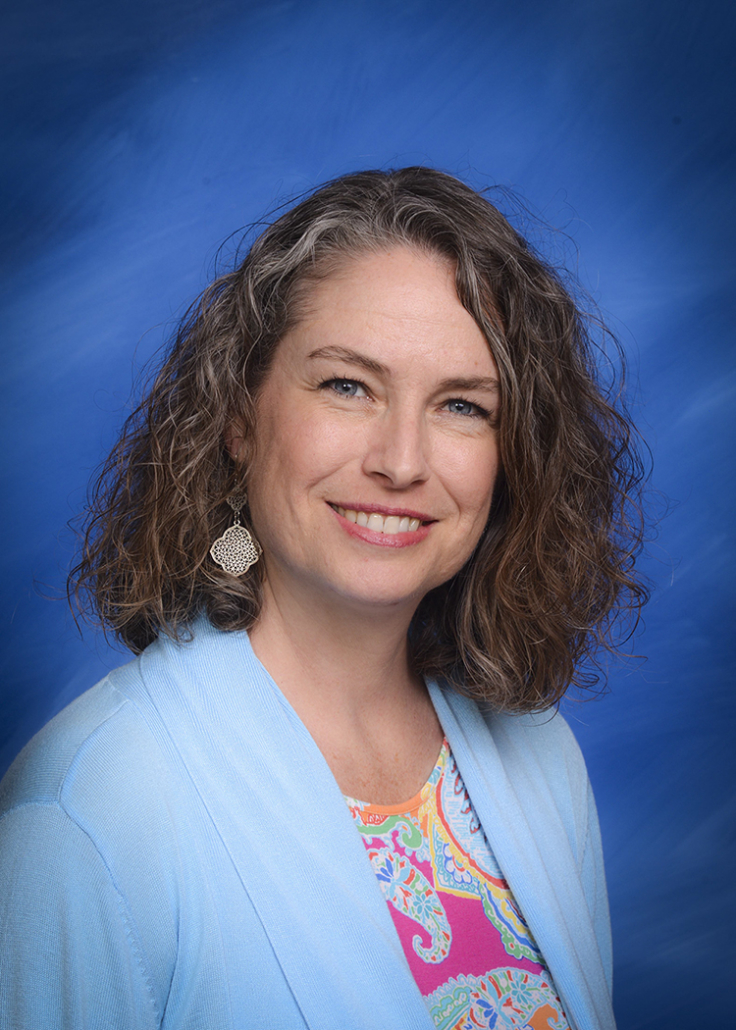 Tanya has been a part of the MES family since 2007.

She has a B.S. in Biochemistry from the University of Arizona and is Montessori certified through Collin County Community College.

Tanya has three wonderful children, all MES alumni, two heelers, and a loving husband, TJ Gilmore who is an active Lewisville city councilman. Her daughter is attending Babson College in Wellesley MA and her twin boys graduate high school this year.

In her spare time, she enjoys being active in her children’s activities including Boy Scouts, orchestra and marching band.  She is an avid Harry Potter and Star Trek fan.  Her favorite color is orange and loves all things pumpkin. 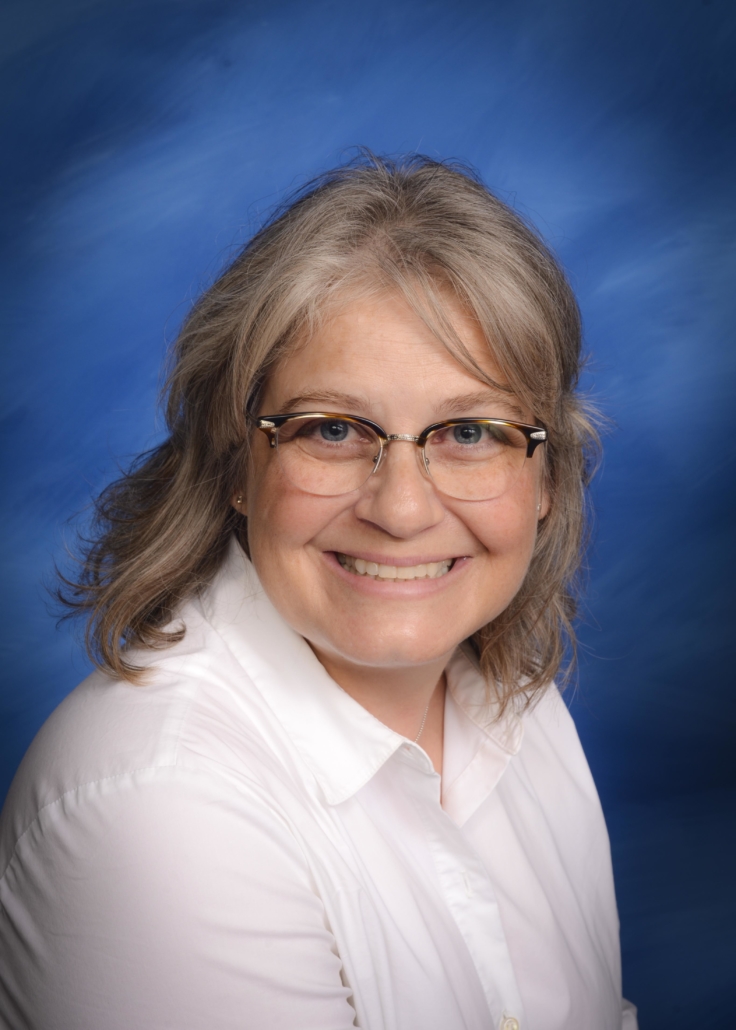 Pixie Power has been a part of the MES family since 2011.

She is the Lead Teacher in our Toddler II classroom and also maintains our 8,000+ book library. Her interest in the Montessori Method began while her 2 children attended MES. She was so inspired by the atmosphere of respect and joy that she became a certified Montessori teacher and has been with us ever since.

Mrs. Power is originally from Tennessee and graduated from the University of Tennessee with a B.S. in zoology. She has lived in Texas for the past 19 years with her husband, two daughters and various pets that seem to always come her way. Tinesha has been a part of the MES family since 2016.

She has over 10 years experience working with infants and toddlers and was introduced to Montessori at 17 years old while working as an aftercare teacher in Carrollton. She fell in love with Montessori and began her training soon after. She is a Montessori certified teacher.

I believe the Montessori method of teaching makes learning fun for the students and I enjoy watching them learn at their own pace as well as guiding them through their own discoveries.

Tinesha lives in Lewisville with her husband Alberto and her son Jaxson and enjoys being a wife and mother, reading, shopping and spending time with family and friends. 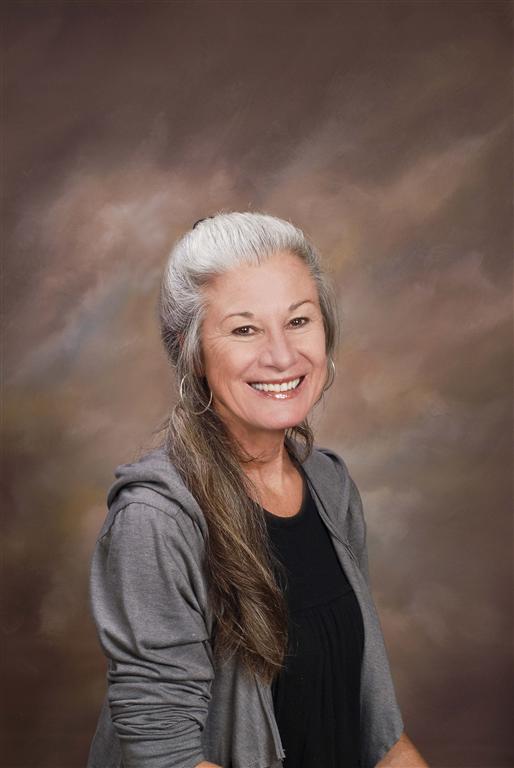 Lina Eisman serves as our Art Program Director and has been with MES since 1992.

She started out in the Toddler Room before taking over the Art Program.

Mrs. Eisman began observing and studying Montessori method when she was only 11 years old. A university in her area had a Montessori Center that was a school and learning facility for teachers and she learned from the students, observation and attending the private High School associated with the University, the value of the Montessori Method of teaching firsthand.

Art has always been a constant for Mrs. Eisman and she furthered her education at the University of Missouri and then numerous apprenticeships to hone her skills and develop technique. This veracity and encouragement for self expression is what she endeavors to pass on to her students.

“My goal is to stimulate creativity, ingenuity, self confidence, problem solving and the right to personal expression through the studies of Art and its history. The Montessori Method keeps focus on the pleasure of the process.” 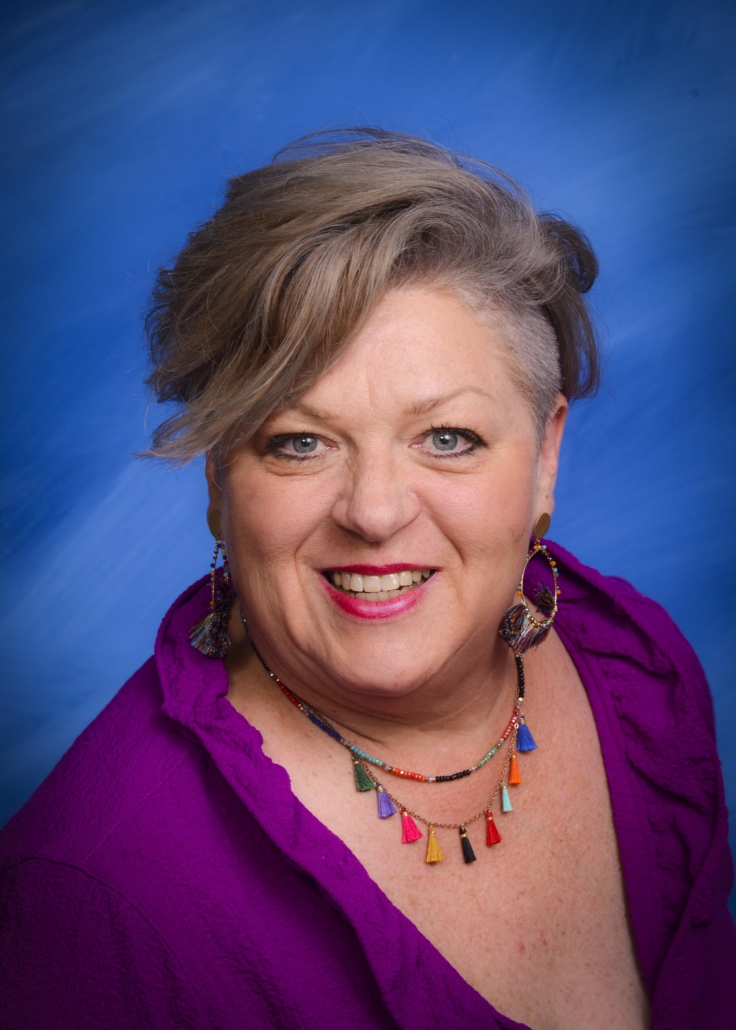 Jana Fox serves as our Music Program Director and has been with MES since 2019.

Born and raised in San Antonio, Texas, Jana Fox learned her engaging style by watching her mother, Glenda Raye sing and front her own Country & Western dance band.  As a teenager, Jana dreamed of becoming a Country singer-song writer herself, but as her faith grew, her aspirations changed from music to ministry. While earning a degree in Sociology from UTSA, she served on staff for area churches in the departments of children, youth, adults and music.  During this time, she also spent eight weeks in Bogota, Colombia ministering to the street children. Up until her mother’s death in 2009, Jana and Glenda traveled from church to church, leading worship services and retreats; sharing their faith through witness and song. Together, they have five gospel music albums.

Jana has been married to Doug Fox since 1992 and they have two grown sons and a beautiful daughter in-law!  Jana continues to share her faith through music and speaking engagements, plus is writing a book about God’s provision. She owns her own business called Musical Inspirations, teaching preschool music and drama. Whether you are eight months or eighty years old, Jana’s enthusiasm will captivate your heart. Jesika has been a part of the MES family since 2019.

She has been educating children of all ages for 15 years. She received her Early Childhood Education credential from American Montessori Society in San Francisco, Ca.

Mrs. Maldonado believes strongly in the philosophy of the Montessori method and enjoys watching children blossom and advance in their educational studies. She has been married to her wonderful husband for over ten years and they have two white German shepherds. “I am delighted in starting a brand new year here at Montessori Episcopal school; as well as a new start in Texas.” 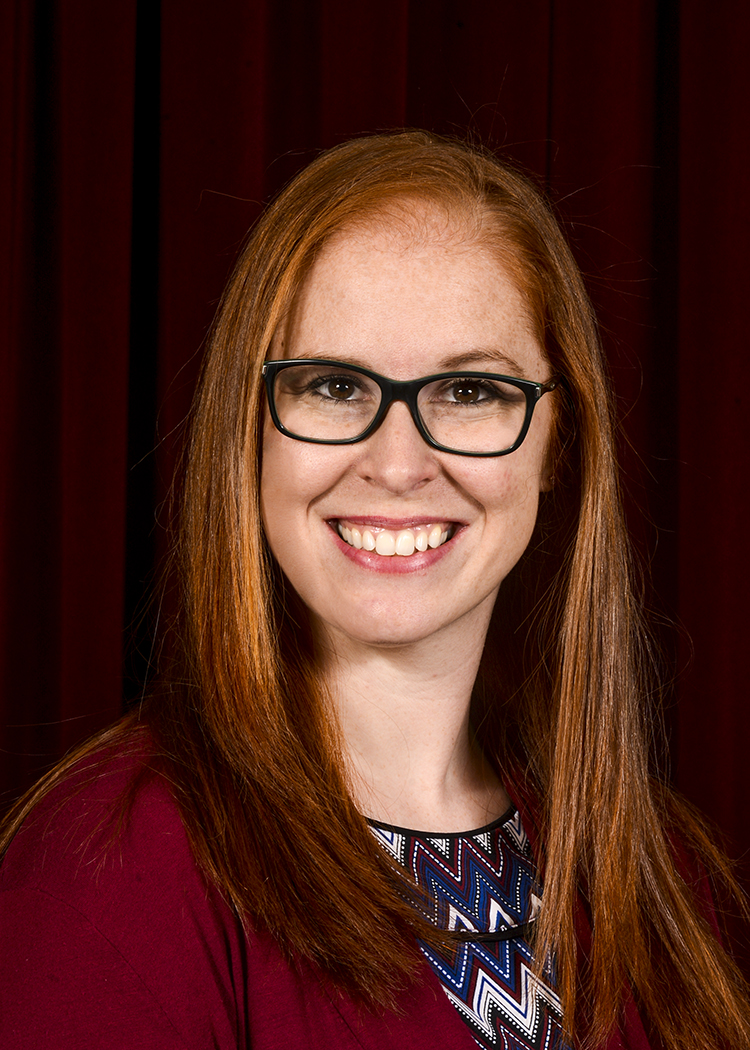 Elizabeth has been a part of the MES family since 2019.
She received a BA from Magdalen College in Warner, NH where she studied literature, philosophy, and music. It was there that she was first introduced to Montessori.

She has been married for 7 years and has 2 wonderful sons. She loves spending time with her family and also enjoys knitting and reading. She feels blessed to be a part of the MES family and can’t wait to see what the future holds.

Brooke has been a part of the MES family since 2017.

I am currently enrolled at the University of North Texas with a major in English and minor in communications.

In my free time, I enjoy writing, reading, watching sports, being outdoors, sleeping and spending time with my family and friends.”

Hannas has been a part of the MES family since 2018 and attended MES herself in pre-k.

I am currently attending the University of North Texas College of Education with a major in Special Ed (EC-6).

Me and amazing fiancé have a fur child named Blue and are getting married in 2020. In my free time I love to watch movies, go four-wheeling, play soccer, or paint.

I absolutely love my job here and the everyday experiences that I get to share with the kids.

Montessori Episcopal School is the only Christian Montessori school in Denton county.

We have been serving Lewisville, Flower Mound and Highland Village toddlers through kindergartners for the past 49 years.

There have been questions and concerns regarding COVID-19 (Coronavirus Disease 2019 or 2019 Novel Coronavirus), more commonly referred to as the coronavirus. The health and safety of our students, families, and staff is our top priority. We want to assure you our school and Board of Trustees continues to work closely with local and federal health officials to monitor the developing situation surrounding COVID-19. We've written a full statement, and can learn more about it by clicking the button below.

We may request cookies to be set on your device. We use cookies to let us know when you visit our websites, how you interact with us, to enrich your user experience, and to customize your relationship with our website.

Click on the different category headings to find out more. You can also change some of your preferences. Note that blocking some types of cookies may impact your experience on our websites and the services we are able to offer.

These cookies are strictly necessary to provide you with services available through our website and to use some of its features.

Because these cookies are strictly necessary to deliver the website, refuseing them will have impact how our site functions. You always can block or delete cookies by changing your browser settings and force blocking all cookies on this website. But this will always prompt you to accept/refuse cookies when revisiting our site.

We fully respect if you want to refuse cookies but to avoid asking you again and again kindly allow us to store a cookie for that. You are free to opt out any time or opt in for other cookies to get a better experience. If you refuse cookies we will remove all set cookies in our domain.

We provide you with a list of stored cookies on your computer in our domain so you can check what we stored. Due to security reasons we are not able to show or modify cookies from other domains. You can check these in your browser security settings.

These cookies collect information that is used either in aggregate form to help us understand how our website is being used or how effective our marketing campaigns are, or to help us customize our website and application for you in order to enhance your experience.

If you do not want that we track your visit to our site you can disable tracking in your browser here:

We also use different external services like Google Webfonts, Google Maps, and external Video providers. Since these providers may collect personal data like your IP address we allow you to block them here. Please be aware that this might heavily reduce the functionality and appearance of our site. Changes will take effect once you reload the page.

The following cookies are also needed - You can choose if you want to allow them: